Posted by StAndrewsHespeler on Tuesday, October 2nd, 2012 in News

Floor hockey or your favourite board game!
Introducing a new group in our congregation: the Inbetweeners, a place where people of “in-between” age can find opportunities to belong and believe through fellowship and friendship, sharing and support. We will get together for some adult nights out during the year. Leave your children at home; come out and have some fun, meet your friends, make some new friends.
Our first official meeting will be on Saturday, October 13 at 7 pm until about nine. It will be a games night at the church. Bring your favourite card or board game and your favourite snack to share     (no nuts please).

Posted by StAndrewsHespeler on Monday, October 1st, 2012 in News

Yesterday we heard the story of Noah's Ark. 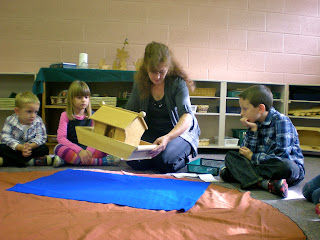 We need a little help ….

Posted by StAndrewsHespeler on Thursday, September 27th, 2012 in News

does anyone have boxing gloves or something very similar, or even karate suits/belts?  We need some for the STARS taping this Sunday, September 30th.  And if anyone has LONG pieces of rope that would be great too, .... oh, and an empty pizza box.   Are you curious now?  You'll have to wait and see.
Continue reading »

Posted by StAndrewsHespeler on Tuesday, September 25th, 2012 in News

Rebecca Paddock and Jessica Helwig are this year’s winners of the Bill Struck Memorial Scholarship.
Paddock, a student at GCI, was a captain on student council where she was involved in planning and running many school and community events. Along with being an outstanding student academically and a DECA member, Paddock played on the school’s field hockey and soccer teams, performed in the concert band and helped raise $40,000 for cancer research. Within the community, Paddock was a leader with the city’s summer playgrounds program and has been a volunteer in the community.
Helwig has been president of a number of groups at Southwood Secondary School, including the Student Music Activities Council, the Environmental Club and the Free the Children “We-School” Group. She has also found time to join three choirs, be on the Student Activities Council, Best Buddies Club, Grand River Environthon team, as well as a member of DECA. Outside school, she has worked as a lifeguard for the City of Cambridge, as well as assisting with a number of coffee house fundraisers.
This is the 13th year that the Bill Struck scholarship has been awarded to two students who have not only achieved success in school academics and athletics, but have also been involved in the community.
The scholarship was developed in memory of Coun. Bill Struck to honour his service to the community of Cambridge and his support of youth. Struck served 28 years on the Preston, Cambridge and Region of Waterloo councils until his death in 1997.
The Struck scholarship has been funded through City of Cambridge donations and fundraising initiatives by the Youth Advisory Council Cambridge. The scholarship was created in response to the many youth that are unable to access post-secondary education due to financial restraints.
Continue reading »

Posted by StAndrewsHespeler on Tuesday, September 25th, 2012 in News

Christian Barnard was one of five Midwestern Conference players awarded with Frank Santarossa Memorial Scholarships.
The Cambridge Winter Hawk is an honours arts student at Wilfrid Laurier University, maintaining a 74 per cent average.
To be eligible for the $1,000 Santarossa scholarship, a player must have played in 60 per cent of his team’s games in the previous season, have an average not lower than 70 per cent and be enrolled in a Canadian university or college for the upcoming year.
Continue reading »

Posted by StAndrewsHespeler on Monday, September 24th, 2012 in News

When Jesus gets back and the disciples have messed up again.

Sunday School version of “Living in Christ, Sharing His Love”

Posted by StAndrewsHespeler on Sunday, September 16th, 2012 in News

The Sunday School children did graffiti this morning.  Their questions and thoughts on "Living in Christ, Sharing His Love"  Well done! 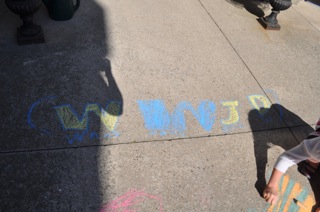 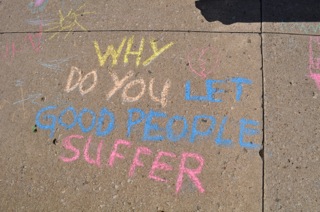 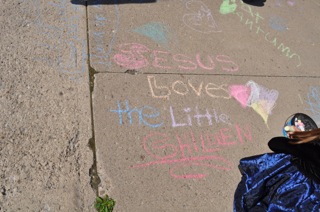 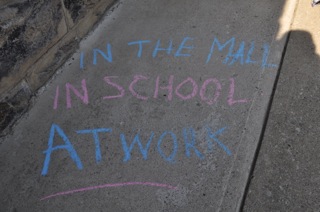 Posted by StAndrewsHespeler on Monday, September 10th, 2012 in News

The Back to Sunday School Fall 2012 edition of the newsletter is available now at this link:

Hard copies are available at church.  A great message from Scott, an introduction to our new Youth Leader, lots of start up dates and events - all can be found in this edition.  Please take the time to read through it and maybe join us for some of our programs and events.
Continue reading »

We are a stop on the Doors Open Tour!

Posted by StAndrewsHespeler on Friday, September 7th, 2012 in News

September 15th is a busy day:
Come out to shop at the Mom-to-Mom sale in the gym at St. Andrew's,
Visit our table at the Hespeler Harvest Festival,
Come in for a tour of the sanctuary; celebrating History and Architecture.

Posted by StAndrewsHespeler on Wednesday, September 5th, 2012 in News

Welcome back!  Well, it isn't officially the beginning of the church year, but it does feel like we are all getting back into our regular routines.

Please join us this Sunday as we have a special morning full of important events.  First please join us for The Sacrament of Holy Communion.  Our children in Grade 4 + will be participating in Communion with their families.

If you are involved in any ministry within the life of St. Andrew's we urge you to attend the service this Sunday.  It is Commissioning Sunday as well and this is a way that we can lift each other up in prayer as we serve the community of St. Andrew's and show others the love of Jesus.

Sunday School Rally Day!!!!  A favourite Sunday for our Students!  If you bring a filled out & signed registration form to Joni after church, in the hall, you will receive a surprise treat.  Will there be Jelly Bean count contests this year, or will it be bubble gum, or some other surprise?  You have to come to find out!  See you there.

Oh, and what better way top off our Sunday, then CAKE SUNDAY?  We will celebrate those who have birthdays in July, August and September!